Posted on December 9, 2010 by themoscowdiaries 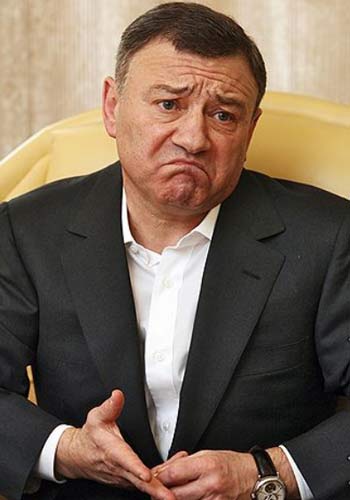 This morning, a front page Vedomosti story, citing several Kremlin sources, confirmed what everyone knew was going to happen in the Khimki forest: the road will be built as planned, through the already hacked-up forest. Which is what I told you would happen.

Why did this happen? Well, money, for one thing. Vinci, the French company building the road, apparently used the French government to lean on the Kremlin, which was already probably quite willing to listen: if there was deemed to be a breach of contract between SKZZ (Vinci’s vehicle) and the Russian company N-Trans, N-Trans could be liable for as much as 3.5 billion rubles ($113 million). And let’s not forget who N-Trans invited to participate in the project to make sure it gets built: longtime Putin buddy Arkady Rotenberg.

Something tells me that, as much as the Kremlin totally, absolutely, hilariously wants to appease– I mean, pretend– I mean, develop civil society, that Rotenberg’s — and Putin’s — skajillions matter more.

That, and there’s the interests of Sergey Chemezov, the kind of scary dude who runs Russian Technologies and Rosoboronexport, both of which do lots and lots of business with the French military-industrial complex or whatever they call it there. (So much business that they gave Chemezov a Legion d’Honneur in March.) Messing up a deal as big as the Moscow-St. Petersburg road would seriously jeopardize the bigger military in the pipeline.